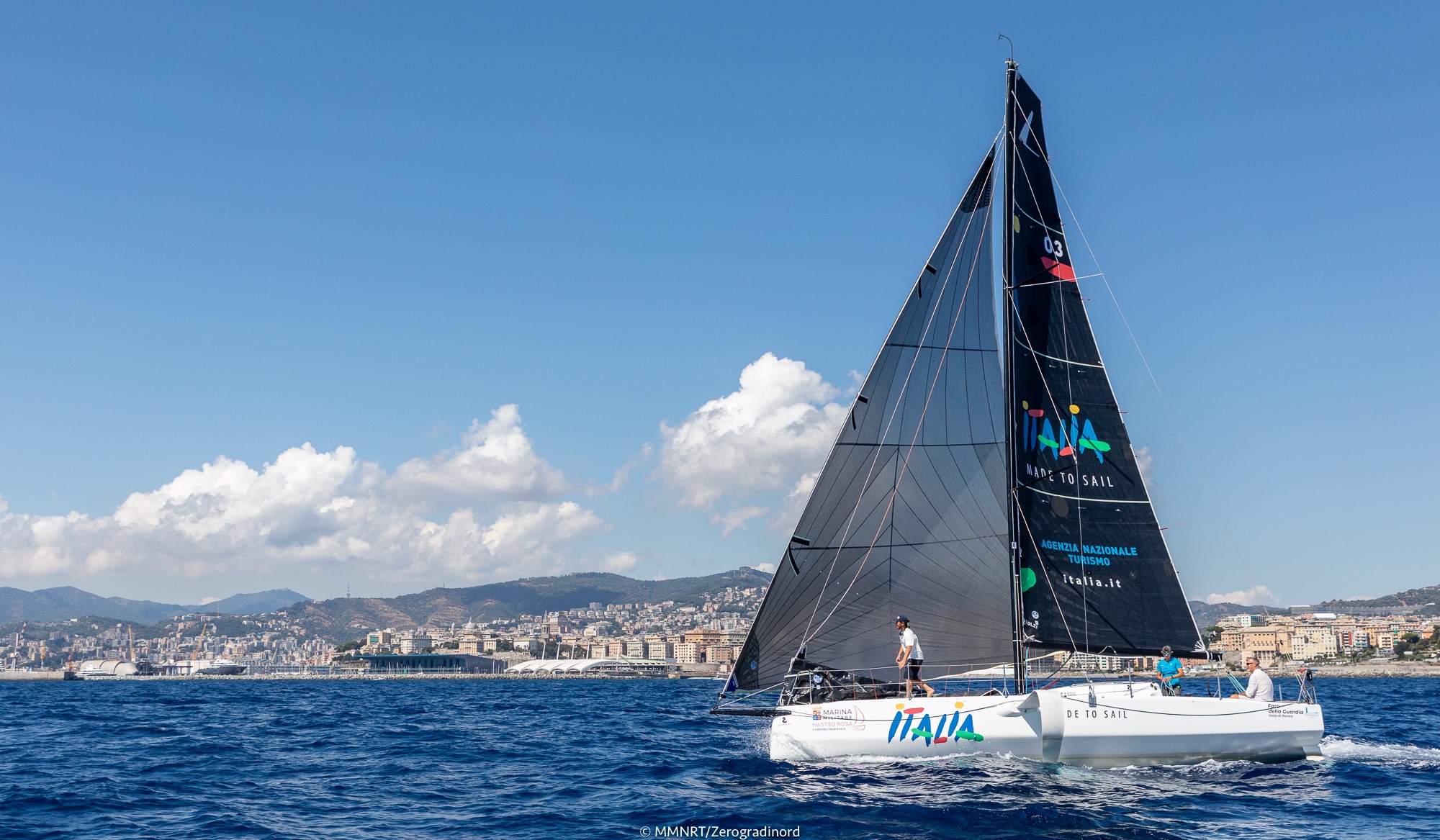 The Nastro Rosa Tour coincided with the start of the fleet of the European Double Mixed Offshore Championship. Pic - MMNRT/Zerogradinord

Genoa, Italy: The first official act of the 2021 edition of the Marina Militare Nastro Rosa Tour coincided with the start of the fleet of the European Double Mixed Offshore Championship, seeing the Beneteau Figaro 3 fleet set sail for Civitavecchia in a light breeze.

Leading the fleet was the South African U-Earth team with Michaela Robinson, winner of some editions of Cape Town to Rio, and Syianda Vato. They were followed by the Swedes of Team Mange Olsson Memorial Foundation led by the expert Martin Stromberg, former watch captain in the Volvo Ocean Race.

Expected in Civitavecchia on Monday afternoon, the crews of the Double Mixed Offshore European Championship should experience a wind change in the late evening, useful for heading towards the finish line, which they will reach not before having rounded the lighthouses Formica Grande Grosseto, Capel Rosso and Fenaio Isola del Giglio.

Meanwhile, the kite foilers, completed four races in an unexpected south-easterly breeze. The leader is Lorenzo Boschetti. Among the dynamic trimarans Team Oman won the day, after getting two firsts and a second.

For the results, see: https://www.nastrorosatour.it/