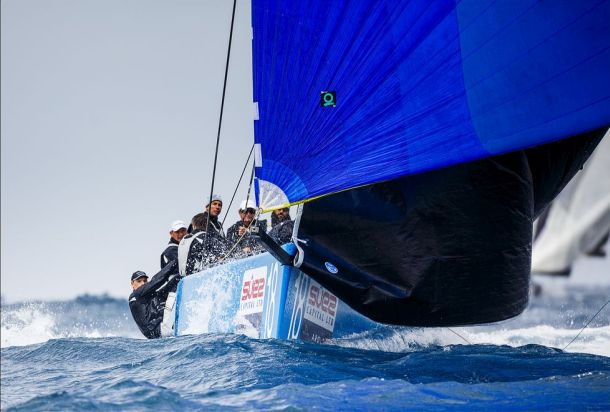 With gale force winds forecast from lunchtime on, it was a relatively early start to proceedings for day three of the RC44 Valletta Cup in Malta.

Principal Race Officer, Peter Reggio, got racing underway two hours ahead of schedule, at 0930, before finally pulling the plug at midday after two races had been held. Over this period the conditions were 'changeable', starting in around 10-12 knots, but with a sizeable swell left over from yesterday, oddly running with the boats on the upwind legs. For race two the wind was building, typically in the high-teens with the wind-driven waves picking up, confusing the sea state. 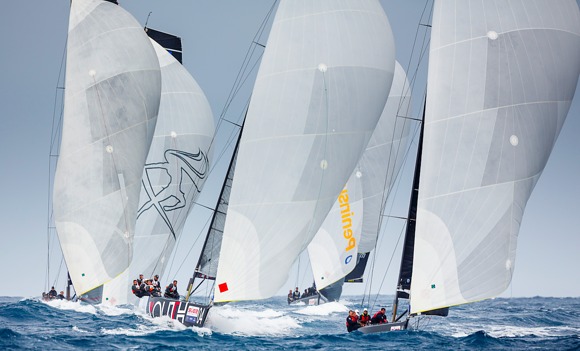 Despite the changing weather, today's stand out performer was Katusha, which won both races.

Tactician Andy Horton explained: “We made no big mistakes – the guys did a great job. We are going well upwind and downwind and making pretty decent starts.”

In both races Katusha benefitted from heading out to the right, offshore side of the race course on the upwind legs. However the Russian team didn't have it all their own way. In race one, Torbjorn Tornqvist's Artemis Racing led at the top mark while Katusha was mid-fleet. Coming into the leeward gate, the Swedish team was penalised for gybing too close to Nico Poons' Charisma, allowing Katusha to edge into the lead. Charisma overhauled Katusha on the second upwind with the Russian team eventually only winning by a nose on the line, a closeness of competition that we have become used to between the RC44s. “It was a full on fight,” recounted Horton. 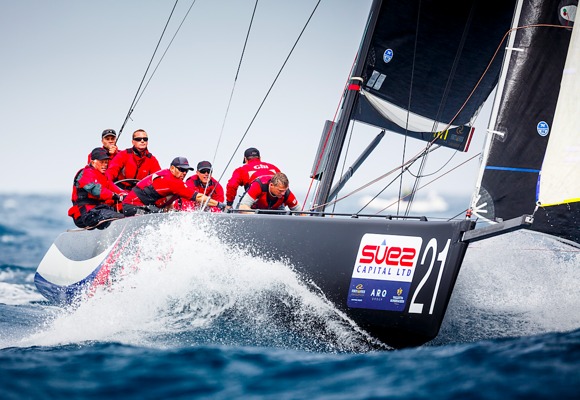 Charisma also had a solid day posting a 3-2 to their score, elevating them from seventh to second overall. Their finish in race one was so tight that Poons came ashore not knowing where he'd placed. In the event Charisma lost second place to Kirill Podolsky's RUS-7 Anywayanyday. “It was very close – you could hardly see it,” said Poons, explaining how steering in the big waves had been a challenge.

Charisma's tactician, Ray Davies observed that today was ideal for the RC44s. “It was great conditions – a few waves around and 15-20 knots of breeze, J2 (headsail) on for the first race and J3 (smaller headsail) for the second, the boats lighting up downwind.”

“We are going really well,” continued Davies, who previously competed in the RC44 Championship Tour with Pieter Heerema on No Way Back. “We have good boat speed across the range and we were starting better today. Mainly we managed to stay away from the other boats and do our own thing. Our crew is very calm and Nico did a great job sailing in the waves.”

While Katusha finished the day on 13 points, Charisma is now up to 21, but breathing down her neck, within three points of her, are three boats – Team Nika, RUS-7 Anywayanyday and Team CEEREF.

Currently seventh but still within easy striking distance of the podium is the reigning RC44 Champion, Team Aqua, racing here with new helmsman and charterer Richard Goransson. “We found a bit more pace and it felt good,” the Swedish skipper said. “Downwind was difficult with these chutes because there is a small window you can sail in. Mainly our performance is down to my steering, as I get used to the boat. This is a big boat for me – but when the breeze is up they seem to shrink a bit! Today was much more manageable, but it was very strange – dropping off waves upwind.”