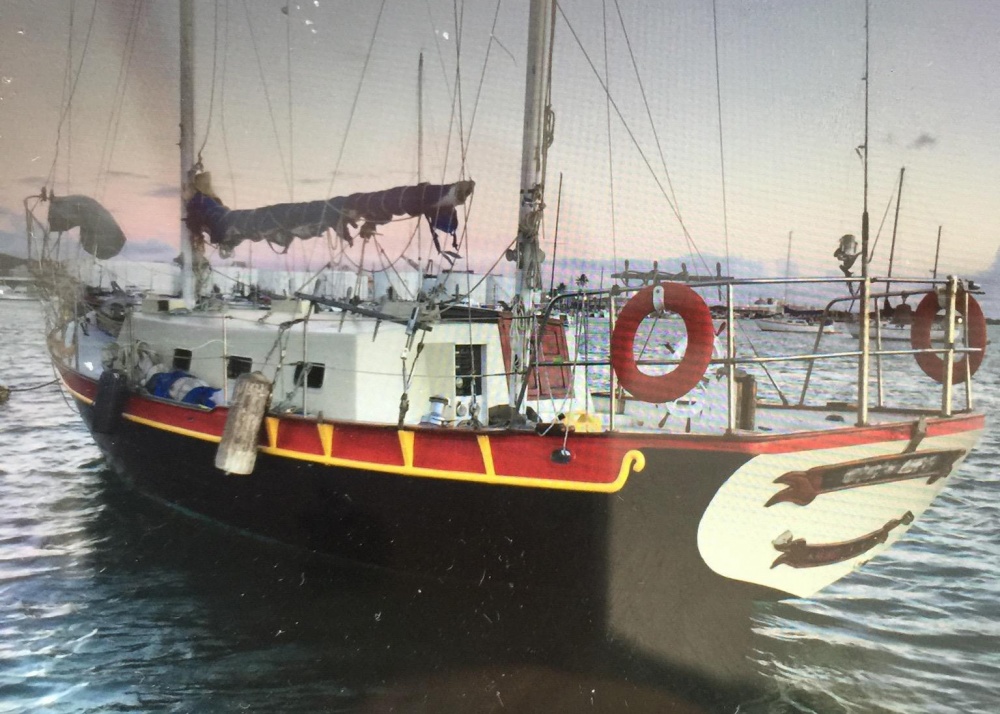 HONOLULU — The Coast Guard is searching for the overdue private sailing vessel SS Chuckahui Kai between Oahu and Maui, Monday.

There are two mariners reported aboard the vessel. One is a 46-year-old Amanda Dobos, while the other is 51-year-old Gerald Mcullogh.

“The vessel is a double-masted, black-hulled, 34-foot sailing vessel with red and yellow trim,” said Petty Officer 3rd Class Caleb Barger, a Sector Honolulu watchstander. “We request anyone transiting the area keep a sharp lookout for the vessel or signs of distress and report any information to us over Channel 16 or at 808-842-2600.”

Monday evening, a friend of the SS Chuckahui Kai's owner notified Sector Honolulu watchstanders of the situation. The vessel was being moved from Ala Wai Harbor, Oahu, to Lahaina, Maui, to be sold. The pair departed Oahu Saturday morning. The ship was expected in Maui no later than Monday.

The weather on scene is reportedly winds of 17 mph with seas up to two feet.