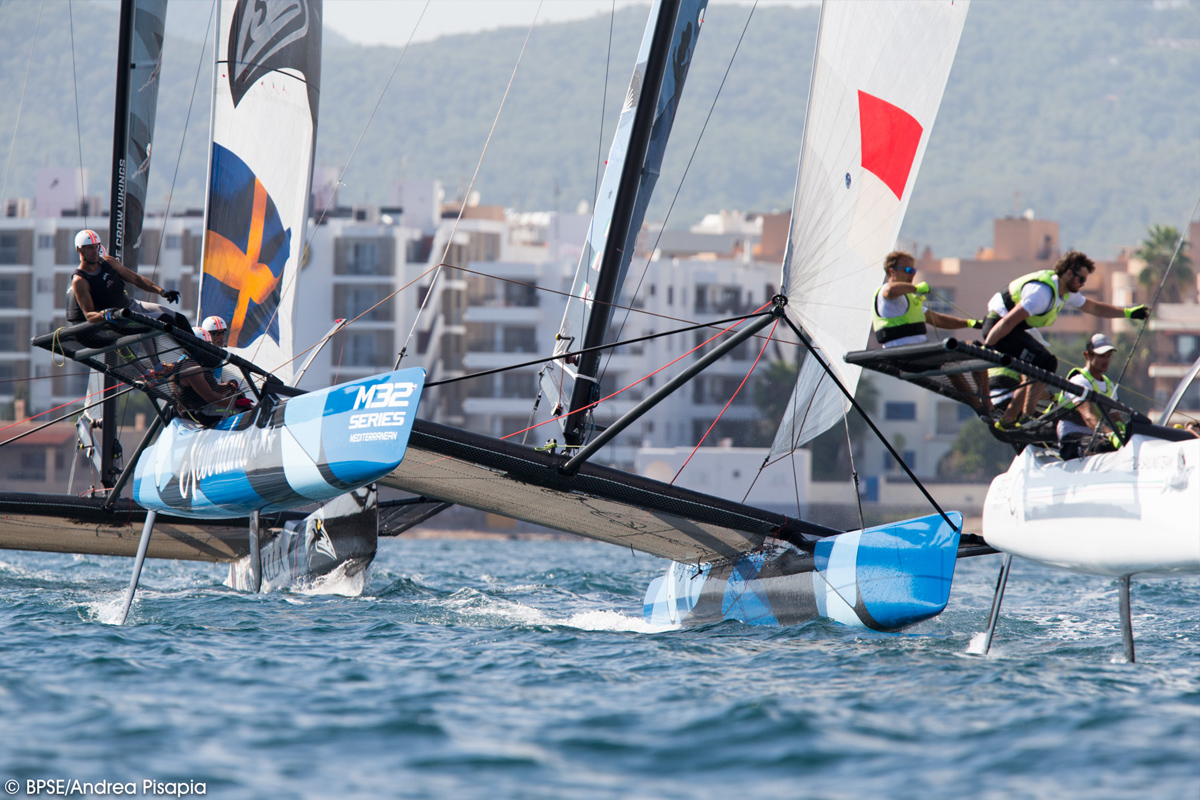 The weather forecast for the day gave a prognosis of very light and shifty winds. But when the fleet came out to the race area just outside the beach of Ibiza the conditions presented beautiful wind of 7-10 knots in blazing sunshine.

These conditions allowed race director Mattias Dahlström to fire off no less than seven races as well as complete a number of exhibition races just outside the race village. With today's races added to the tally the race management of Aston Harald Sports have now produced over 1000 M32 races in 25 different events across the world in 2016. The locations have ranged from Australia, Bermuda, USA, Monaco, Italy, Sweden, Denmark, Finland, Spain and more. And this is a record that is aimed to be broken already next year when more venues and nations join the M32 World.

The team of the day yet again was GAC Pindar who seemed to have an upper hand in every boat on boat situation. Several teams put pressure on the Brits during the prestart as well as on pure boat speed but in overall performance Ian Williams is still untouchable. He comments on his second day on the M32 Series Mediterranean, “We love the conditions here and after a slow start we feel that we’re now up to speed in the manoeuvers. The level is high and we’re not given an easy ride so obviously we’re very happy.”

The runner up from the first day, Section 16, tailed GAC Pindar closely but today with two wins in the first three races many thought they would be able to keep the British World Champion behind them. But with GAC Pindar racking up wins in the final five races and the Swiss getting in to trouble with penalties and a crash with Typhoon X that caused Section 16 a two point punishment, they lost some valuable ground in the fight for the top spot.

The bout for the last podium spot today was very tight and in the end just four points separated the Swedish Cape Crow Vikings in fifth place and Neverland from Monaco in third. Italia Sailing Team are squeezed between the two after the two days of racing. If this result stands tomorrow the win of the M32 Series Mediterranean 2016 would go to Richard Davies Section 16, but Genoa taught us that it isn’t over until its over with the leaderboard changing race by race on the final day. Racing starts tomorrow 14:00 local time to decide the champion of the M32 Series Mediterranean.