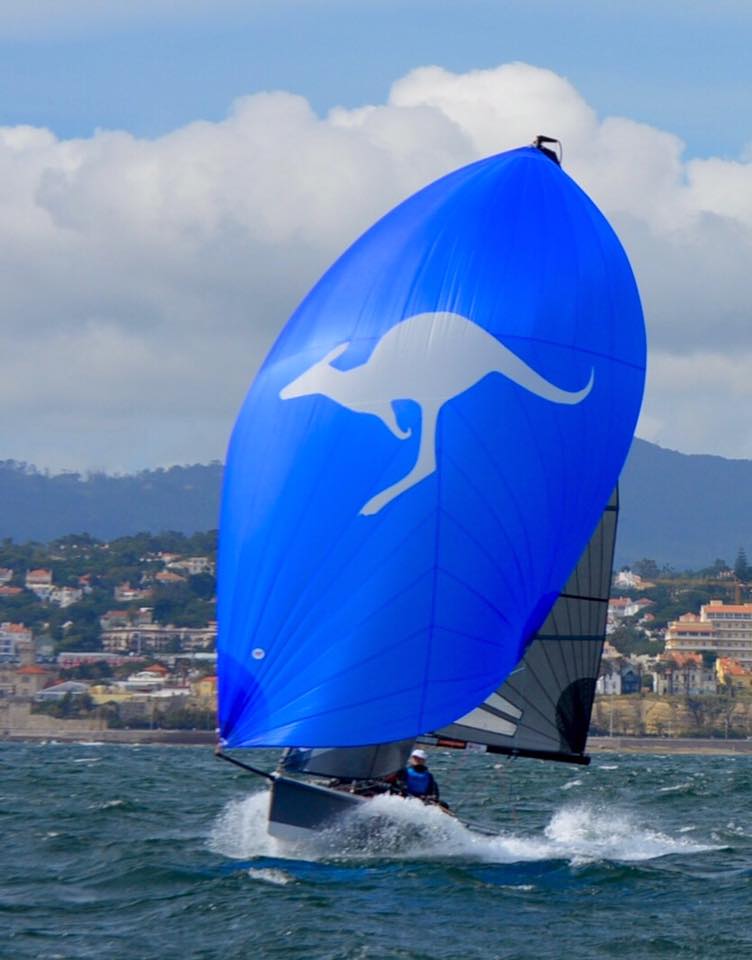 Three Australian crews, two from Tasmania and one from Victoria, are taking on some of the world’s best sailors when they contest the Cascais 2016 SB20 one-design sportboat World championship in Portugal, with competition starting tomorrow, 30 August.

The 73 boat fleet from 13 nations is packed with Olympic medallists, round the world sailors and champions from this and other classes, with the 14-race regatta running through to next Saturday, 3 September.

The regatta is being sailed off Portugal’s historic seaside port of Cascais, noted for its strong breezes and big seas with the Australians also promoting the 2018 Worlds to be sailed on Hobart’s River Derwent.

The Royal Yacht of Tasmania crew of Export Roo, Michael Cooper, Matthew Johnston and David Chapman, has already shown they will be strong contenders for the Worlds, finishing eighth overall in the Pre-Worlds regatta, sailed over the weekend.

Cooper sailed Export Roo to placings of 7-14-22-2-9 to finish a close eighth to crews from France, Russia and Great Britain.

Heading the line-up for the Worlds is defending champion, the young French 49er sailor Gabriel Skoczek, while another leading competitor is expected to be Rodion Luka from the Ukraine, an Olympic silver medallist in the 49er in 2004.

Winning the furthest travelled title are Michael Cooper (Export Roo) and Phil Reid (Mind Games) from Hobart, representing the fast growing international fleet in the SB20 class. Tasmania now has a local fleet in Hobart of more than 42 boats, ahead of hosting the World Championship in January 2018.

Additional competition will be for the Nations Cup. Last year the Russians won a closely fought inaugural contest which they claimed by just one point from the Australian and British teams.