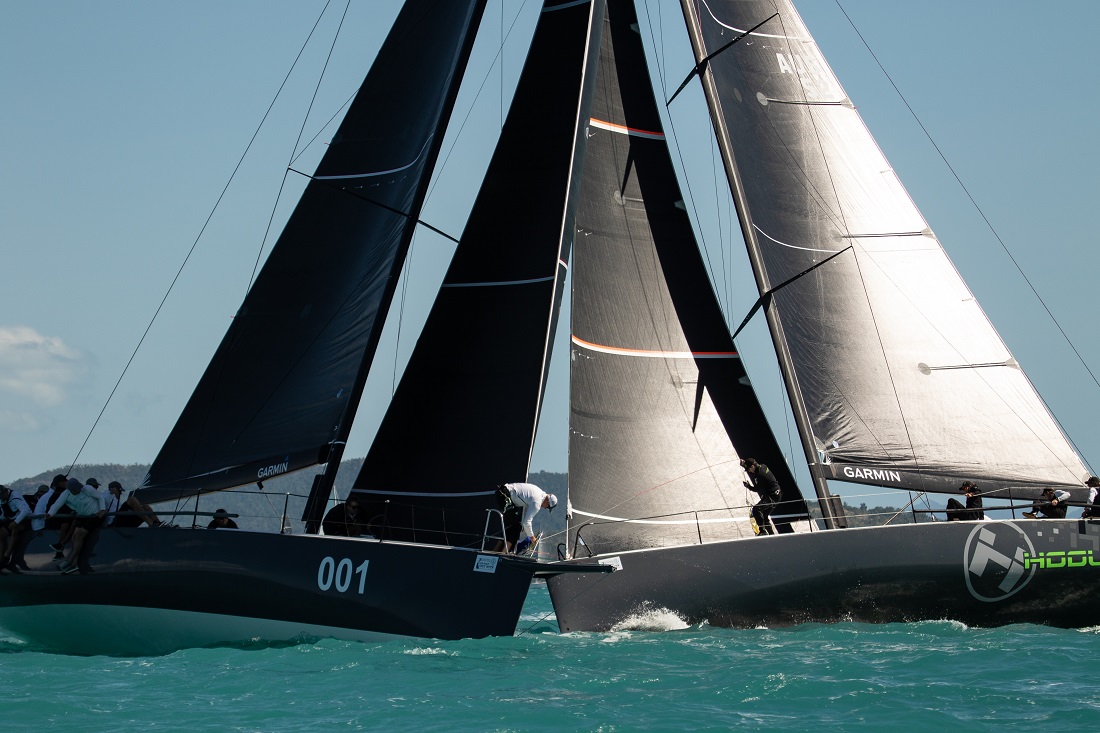 TP52 racing by any standard is a thrill to watch, particularly when it involves the current top two Australian players in Ichi Ban and Hooligan, with the two heavyweights of yachting returning to Airlie Beach Race Week Festival of Sailing to battle it out for the top spot in IRC Racing again.

At last year’s regatta, Allen, the president of Australian Sailing and Australian Olympic Committee executive got the better of Marcus Blackmore AM. Ichi Ban claimed the final race by just seven seconds over Hooligan to win the series from the latter by three points.

Blackmore, the vitamins king, reversed that result at the following Hamilton Island Race Week, beating his foe by the same three-point margin, sot it will be game on again when they race at Whitsunday Sailing Club’s (WSC) 31st edition of Airlie Beach Race Week from 8-15 August.

“We’ll definitely be there,” says Hooligan’s owner, Blackmore, who would not be drawn on who will beat whom.

“Tom Slingsby (the America’s Cup winning Olympic gold medallist, Rolex Sydney Hobart line honours winner and Blackmore’s tactician), wants to be there ahead of Hamilton Island and the Worlds.

“He and the crew want to do Airlie Beach again as a lead up, that’s why we're coming, that’s the process,” straight talking Blackmore finished.

However, the two are beatable, as was evidenced at the inaugural TP52 Gold Cup held off Newcastle in March, when the wins were shared around in varying conditions. And at January’s Festival of Sails, when Secret Mens Business won the battle of the TP52s, leaving Hooligan and Ichi Ban to play second and third fiddles.

The ever popular Whitsunday Islands event regularly lures a big crowd from Australia wide and some from overseas also appear each year. This time, the event will be bolstered by the Australian Multihull Championship, which is proving to be a major drawcard, as well as the inclusion of an AMS Passage division.

A second major drawcard is that those who enter before 30 June will go into the draw to win the full value of your entry fee in food and beverages from Whitsunday Sailing Club, to be used during Airlie Beach Race Week Festival of Sailing. Those already entered are automatically in the draw.

Organisers are expecting around 130 boats will take part in the 2019 Airlie Beach Race Week Festival of Sailing and boat owners are expected to arrive with more than 2,200 crew, family and friends.