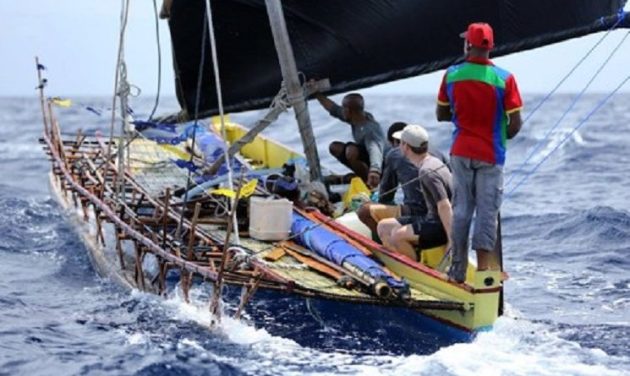 Thor F. Jensen, a young illustrator and adventurer from Denmark is soon to set records as he set oﬀ on August 30 on his circumnavigation of the island of New Guinea in a traditional sailing dugout canoe.

He is accompanied by three of the best sailors from the Milne Bay province that will teach him how to live and sail like a local.

The team mark their starting and finishing point at Tawali Resort, Milne Bay Province – one of the last areas in Papua New Guinea where people continue to make and sail these boats, which have seen little change for thousands of years, and which are very much a part of everyday life for the islanders.

From very simple island villages, they take great pride in their sailing traditions and skills, and they are among the most renowned sailors in the area. The young men see the expedition as a testament to their sailing skills and a chance to be recognised for their abilities.

It is highly unlikely that the journey has ever been made before in a traditional local vessel and it is, for sure, a tough and raw expedition given the fact that New Guinea Island is the second largest island in the world after Greenland.

There are some challenging personal concerns; and that is, a long time to be exposed in a very small vessel with limited resources. But the island is also home to an exceptional diversity of cultures, extraordinary natural beauty and biodiversity, and tremendously warm, friendly, welcoming people.